Photograph Archive of Public Buildings
Back to the map 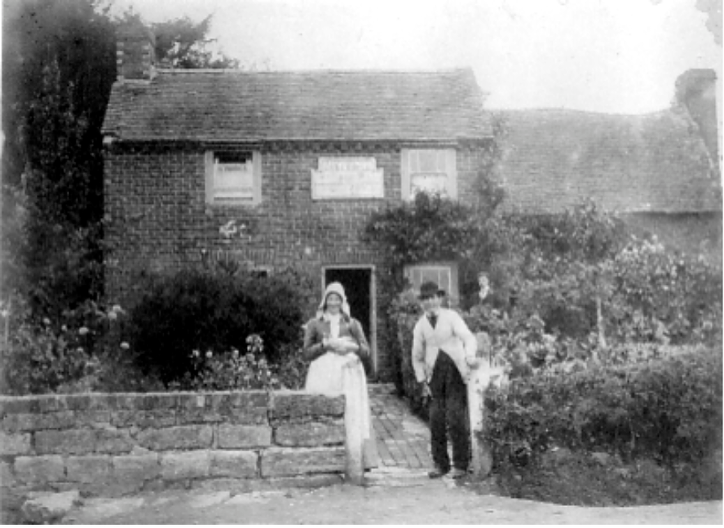 2. The Crocodile. Photo above: The Old Crocodile with William May born in 1827, his wife Louisa Luxford born in 1834, daughter of James Luxford and Anne Newnham and probably their son Henry George in the background. William appears to have what looks like a wooden right hand (information from Stephen Wood, James and Anne were his great great grandparents).
First documented in 1701,when the holding was granted to Peter Austin

In the will of James Luxford brickmaker, dated 1847, it was described as a beerhouse. Presumably he was also a beer retailer. On his death in the same year, it passed to his widow, Mary, and in 1860 to John Harvey of Lewes, a brewer, with William May as the tenant. The earliest use the name "The Crocodile" is in the Court Books of the Manor of Horsted Broadhurst in 1864, though to this day no has come up with a satisfying explanation as to why this unusual name was chosen. The house was rebuilt about 1907 and the May family remained licensees until 1954. After Norman, the last of the Mays, retired the building was “modernised” For a while, with various landlords, it flourished as one of the best eating rather than drinking places in the area and was frequented by a member of the BeeGees. In late 1980s it was closed and is now three private houses
Photos: above the original beerhouse and below the rebuld. 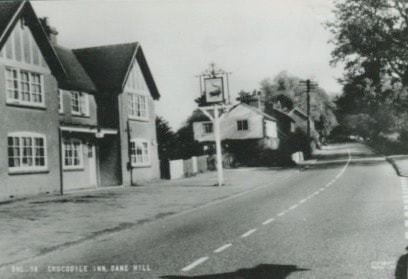 Back to the map
Proudly powered by Weebly